Why is it that we don’t start things…. We make excuses, it’s too hard, takes too long, too technical etc.

I often wonder about all the dreams and ideas that people have had… wanting to make stuff that never goes anywhere because they never start. And I  imagine some of them might have been big and could have been big successes would they have been followed through.
Don’t get me wrong I’m not judging, it’s hard for me too, I mean I have ideas of making things all the time, some big and some small and many not started.

END_OF_DOCUMENT_TOKEN_TO_BE_REPLACED

When James Ring contacted my company  Slocum Studio,  regarding his new website  http://jamesring.com/ he made it clear that he wanted an expandable clean platform that was easy to navigate and edit. He also wanted the viewer to have the ability to navigate his site via a smartphone, which is called a responsive site.

I recommended our minimize theme, you can see a free do it yourself version here: http://slocumstudio.com/wordpress-themes/minimize-free/ In Jim’s case we set it all up for him.

Read about Jim and Necessary Assets below, I encourage you to purchase his book you’ll be memorized, he takes you into a world you never knew, in quick order you try to comprehend what the motivations are behind some of the most violent acts we call terrorism. The book is takes you to a far away place and brings you back again- riveting. Purchase it here: http://jamesring.com/purchase/ END_OF_DOCUMENT_TOKEN_TO_BE_REPLACED

On the next overcast day consider taking a ride to the beach. Most likely you’ll have your iPhone or smart phone with you as we’re all pretty much wired to them.  I should mention that its better to be there when the tide is near low and going down. The reason for this is you’ll have more opportunities to find unique rocks, pools of water and perhaps some sea life.

The sand itself makes a wonderful backdrop, rocks, kelp and shells add to visual. If your lucky the beach you visit will have lots of round stones piled up.  By itself these stones make a rally neat backdrop, great wall cover for a large canvas. What I find special is the combination of colors and textures you’ll find in these piles of round rocks. Look for unique rocks either by themselves or in combination with others, if there in a little pool of water so much for the better whatever adds to the image is all good. What I find so cool is the unique designs and shapes you can find. Most rocks are tone on tone… most of the beach for that matter, driftwood does bring a different color element into play if your able to find some.

Most of my shots were hand held, but you can mount your smart phone to a tripod for better clarity if needed.

I’m kicking around the idea of a wall canvas- or perhaps a cluster of 7 by 7 inch canvases with thin wood frames. I find photos of the water and the beach to be very relaxing and fun. They add an element of atmosphere to a room-  making it seem more spacious. 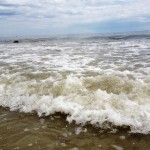 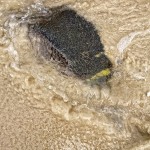 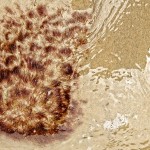 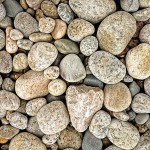 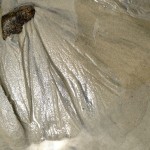 We’ve all heard it before, “I wouldn’t do it that way or you’ll get your butt kicked”. It’s hard to do something – like start a business, or launch a product  on the first run and win, right? Even if you learned how from a winner. Lets face it we live in a culture that admires and encourages success.

I think (form  a business standpoint) that you can learn more from someone who has failed than from another who succeeded. In fact there is a book out called the Wisdom of Failure, by Laurence G. Weinzimmer and Jim McConoughey  I have not had a chance to read the book, but from a quick review it really gets into this topic. There was also an article in the Business Insider that points to this concept of learning more from failure than success.

The article points to a couple of key points, which I like. First one is to know when to quit and the second is to say no to a quick buck. The article goes onto define that you don’t need to emulate another company when setting up yours.

So the next time you hear someone say, boy I lost my ass on that project,  listen,  you just might learn something.

Today is Sunday, and it was an absolutely gorgeous fall day. I decided to curtail my brush cutting endeavor, and attended an artists workshop that was advertised (sandwich-board) for 2:30pm at the local village community art center (formerly known as the Russells Mills Library). The old Russells Mills Library, (now art center) located next door to Alderbrook farm, with its 100 plus year old wide beam floors, is a great space to learn about art. And by whom you ask? Well, by none other than our own John Powell, artist, entrepreneur and visionary. My design studio is located just up the road from the art center library in a building that John owns.

This was John’s (JP’s) first art education series at the art center. I elude to the word series because he’s been asked already to continue theses sessions. The creative process symposium is what he titled his frist art session. Below is a definition of the word symposium, I included the official definition so you could get into the mood.

The Symposium (Ancient Greek: Συμπόσιον) is a philosophical text by Plato dated c. 385–380 BC.[1] It concerns itself at one level with the genesis, purpose and nature of love, and (in later day interpretations) is the origin of the concept of Platonic love.
Love is examined in a sequence of speeches by men attending a symposium, or drinking party. Each man must deliver an encomium, a speech in praise of Love (Eros). The party takes place at the house of the tragedian Agathon in Athens. Socrates in his speech asserts that the highest purpose of love is to become a philosopher or, literally, a lover of wisdom. The dialogue has been used as a source by social historians seeking to throw light on life in ancient Athens, in particular upon sexual behavior, and the symposium as an institution.

Most of the people attending were artists of one form or another. JP assigned one of them, Carol, the task of capturing phrases and words, writing them out on a white sheet of paper as the members of the audience called them out.This was being done as JP started to draw on paper. Encouraging us as he drew to think of the creative process, what gets one into his or her creative space, zone etc as we prepare to paint, draw or create. Interesting words surfaced in the session… Critique, Drawing, Passion, Inspiration, Showing up, Doodling, Self Invention, Narrative, Community and Risk just to name a few. There were lots more for sure. It was interesting to see how we “artists” think about the process of art, making it, and what it makes us.

I learned something today that JP often practices, “learning something from our creative peers”. I also learned something about JP, he’s not afraid of risk and second he has a lot to share. So in the words of Buddha – “When the student is ready, the teacher will appear”. Jp appeared for me today at the old Library.

Thanks JP for sharing, JP and God bless!

Matthew (my son) was one of the featured speakers at the Providence WordPress Camp.

Matt is the Director and Project Manager at Slocum Design Studio. He interfaces with clients, developers, and designers to ensure the best product possible. Years of experience in the technology field helps bring smart, scalable, and innovative products and services to the studio.

Matt keeps the client engaged by keeping them as much a part of the process as the rest of the team. Keeping projects focused on the scope and to the timeline are Matt’s major goals. At the inception of a project, he works hard to identify features and function. Before the project is delivered, he ensures the highest quality product for the client. Creating innovative and total solutions ensures that Slocum Design Studio and our clients earn market leading results.

So you say it’s been a couple of years since you updated your website, and you still have some pages “with titles” but with no content?? Oh and your blog,
yea well, nothing since the first and only post. You must work to keep your web content as relevant, informative and as fresh as possible. I mean if your going to compete in your space you must be current… if your competition is posting, adding content and new material to their website, than theirs is going to be much more relevant than yours.

Why do dealerships change their showrooms around, bring in new models from time to time? Why do clothing stores change their displays monthly? Same reason, to keep things fresh.
Your website is your virtual storefront online. So take the time to update, blog add photos or content you have absolutely nothing to loose and everything to gain.

What better thing to do than take a friend or an employee to lunch on their birthday. It’s a great time to learn a little more about them and at the same time they really appreciate that your taking the time.

I could have given a gift or something, but I think it comes down to him or her valuing an experience, like going out for lunch, over a gift card or pen etc. So the next time you know of a friend, co-worker or relative having a birthday take them for lunch!

Choosing a Mascot for your company? The Swan is a powerful bird, large in size, graceful in flight and can capable of  paddling at  amazing speeds. I know this since I’ve photographed hundreds of them over the years. Their much more social birds than independent and very territorial, don’t try to corner them.

I choose to use this bird as our Slocum mascot for a few reasons. Firstly its seemingly determined direction in flight, it’s almost like they get their directions downloaded and than take off like a boeing 747. I think small businesses need to be determined to succeed and they need a flight plan which keeps them on course.

Swans are more social than independent. Business owners need to be social much more than independent. You learn from others, their successes but more importantly their failures. So wether it’s the chamber meeting, Rotary club you should take the time and consider joining one or two organizations. I know this since I’m involved in both a Rotary Group and my local Chamber.

Graceful in flight… I relate to this as the business owners  ability to conduct themselves gracefully  with both their clients and their staff. People are attracted to you when you  are courteous and treat them respect.

So if your thinking of rebranding your company and choosing a mascot give it careful thought. I think you’ll find it rewarding!